Synopsis
Maria Menounos is a beautiful actress, journalist and TV hostess who has won millions of hearts with her amazing acting skills. She has become widely successful in her career and seems unstoppable in achieving more. She is also the former Miss Massachusetts Teen USA and TV hostess who has presented various shows which include Today, Access Hollywood and Extra. Apart from that, she has even tried her hands on professional wrestling.
Early Life
Maria Menounos was born on 8th June 1978 at Medford, Massachusetts in the United States of America. Her Zodiac sign is Gemini. She is the daughter of Costas and Litsa Menounos. She grew up with her sibling, Peter Menounos. She belongs to American nationality and ethnicity wise, she is a Greek American.  Maria Menounos studied at Medford High School in Medford and later on she completed her graduation in 2000 from Boston's Emerson College.
In 1996, Maria became the winner of Miss Massachusetts Teen USA. She was placed at top 15 in the Miss Teen USA contest. In the year 2000, she became the first runner up in the Miss Massachusetts USA contest. At the age of 13, she started working at Dunkin’ Donuts. She got featured in a video in the year 2000 which marked her beginning in the glamour field. 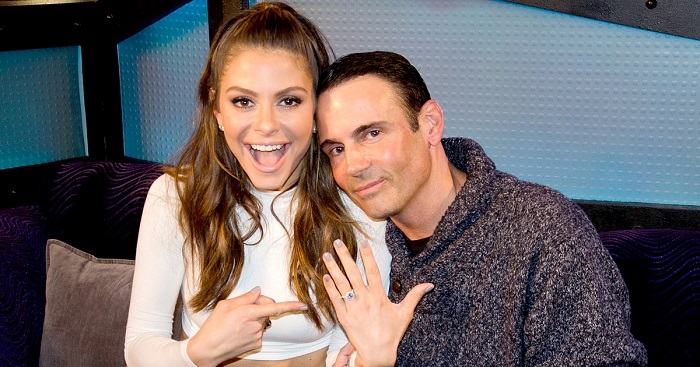 Career and Net worth: How much is Maria Menounos Worth?
Maria Menounos has enjoyed an illustrious career on Television and movies so far. She worked in a short film called Fwiends.com in the year 2006 where she portrayed the role of Gladys. Similarly she worked in other movies like Kickin’ It Old Skool, In the Land of Merry Misfits, Paranormal Movie, Adventures of Serial Buddies and Tropic Thunder. Marie worked as Emily Chambers in the blockbuster Television show called One Tree Hill.
Apart from that, she has worked in Television shows including Entourage, Scrubs, Clash of Choirs and Knight Rider. Maria has even appeared in wrestling shows on World Wrestling Entertainment. Maria Menounos has also had a successful career as a reporter for Channel One News.
Maria receives a huge amount as salary and she has gathered a massive income over her career spanning around different areas. She has been successful in all the areas that she has stepped her foot on. Sources reveal that her net worth is estimated to be around $ 7 million.
Personal Life: Maria Menounos is Engaged to long time Boyfriend Keven Undergaro
Maria Menounos has been dating Keven Undergaro from the year 1998. She has a good relationship with her boyfriend. They haven't talked about getting married but they are quite committed to each other. She has not been married before so she never had a husband. Her boyfriend Keven is a producer and director. There are no other reports or rumors related to her affairs or scandals.
Physical features
Standing at five feet and eight inches, Maria Menounos is quite a tall lady is height. She has a slim and sexy body which matches her tall height. She looks amazingly pretty at the age of 39 years. Maria has lustrous brunette colored hair and her eyes are also brownish in color.
Wiki and facts
Information in detail about Maria Menounos and her bio is also available on Wikipedia and various internet Wiki sites. She is not much active on social media however her Twitter handle is @DesireToFulfill.