Peggy Sulahian: Sanguine and Bizarre as One Can Be
If you had been watching The Real Housewives of Orange County (RHOC), you certainly would not have missed seeing the Brunette Bombshell Peggy Sulahian. Yes, this Kuwaiti maiden has been the talk of the town and one of the most searched people on Google.
Leo girl Peggy, Born on July 30, 1973, in Kuwait came into prominence after she joined the main cast of The Real Housewives of Orange County from the long-running Bravo reality series.
Peggy, as well as her parents, are Armenian. She migrated to the States when she was only a year old.
Standing at 5 feet and 10 inches long, weighing 123 pounds, Peggy is an avid cars lover who takes the cars to be as her own members of the family. We can see hers recently uploaded a photo of Ferrari 488 Spider and said that it was built for a woman like her which is “sexy looking and easy to drive with or without heels”. Now that’s a statement for a sanguine girl.
Short Bio
Name: Peggy Sulahian
Date of Birth: July 30, 1973
Birthplace: Kuwait
Nationality: American
Zodiac Sign: Leo
Ethnicity: Asian-American
Height: 5 Feet 10 Inches
Weight:123 Pounds 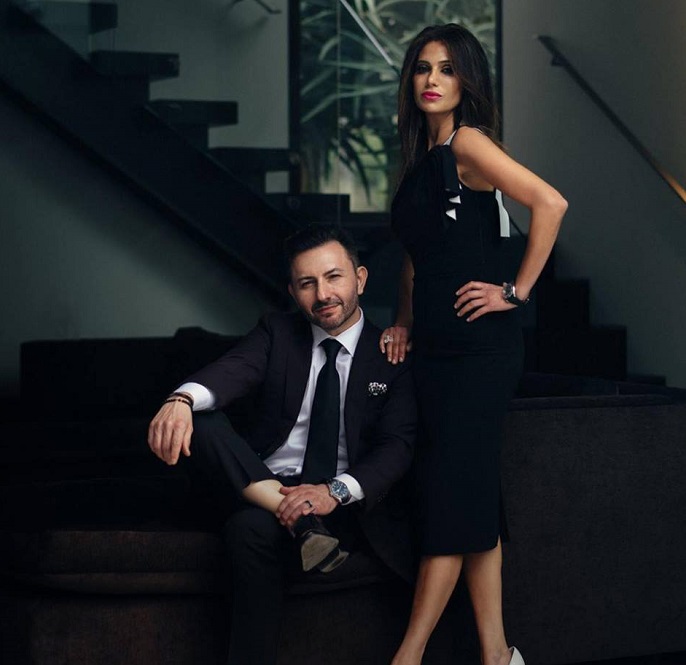 Waves of life
Peggy has gone through her setbacks when it comes to family life
Her mother passed away from breast cancer at the age of 51, and Peggy herself later underwent (still going) a double mastectomy when doctors found a lump of the same in her breast and her father who also died soon after.
The one who wanted the bizarre life
Peggy is a married woman and has her husband Diko Sulahian, with whom she bound her soul together in 1995 in Beverly Hills.
Thus, the couple is currently living a bizarre life where Diko rarely fails to cater Peggy needs. They reside in Crystal Cove Community with her family.
She is a parent to three of her children with two daughters Giovanna, 19, Gianelle, 17 and their GOLDEN BOY, the smallest one, Koko, the son aged 9. They enjoy a boisterous life which we all know of and some are even jealous of. In addition to this Diko has created a brand empire. So, more people are jealous now. Aren't we?
Well, matter a fact, her husband's lucrative business has made her and their children afford a life of luxury at their gorgeous mansion which Peggy loves to show off on social media that we see so intermittently.
The Real Deal in the Real Show
Regarding her career in RHOC, she joined Vicki Gunvalson and Lydia McLaughlin in the cast of The Real Housewives of Orange County.
The show, Real Housewives has been a franchise conglomerate since 2006. Through the medium of the show, we can see what a housewife has gone through to keep his family and group happy and merry. In addition to this, they have to ride through scandals and miff to save their family.
Peggy Sulahian is the freshest bird to the cage and has succeeded to make a landmark of her own. Peggy is the 100th bird to be captured in the RHOC cage, which makes her the 100th REAL HOUSEWIVE and the REAL DEAL too. So, we can see that with every passing episode.
As of now and as all of us can see, Peggy hasn’t bonded with anyone in the show, but it is stated that she is fond of Vicki Gunvalson. But she isn't a quiet bird as others and is a southern loudmouth.  Peggy opens up about her thoughts on the cast member through her Bravo blog which is really a specter to watch. And while several friendships seem broken beyond, our dear Peggy admits she had drama with each and every one of the women and the crew on the show.
Peggy and Penny: The Worth?
A little hard question to answer and a complicated one too.
Diko, Peggy’s golden hen or her husband, is a business magnate. If we combine Peggy and her husband yield an estimated net worth of around $6 million. Now, that’s a better figure than the figure of Peggy’s own.
Well, the RHOC star is yet to make a mark in the industry. It's only because of her recent fame and prominence that we know her. So, is there an exact calculation of her NET WORTH? Hmm, we doubt it. Well, there still lots of calculations to be done on this and we feel that the result will be a shocker to many. Peggy recently set foot in RHOC, her stardom as a housewife will boast her net worth in coming days. So, let us see what this Brunette Bombshell has in store for us